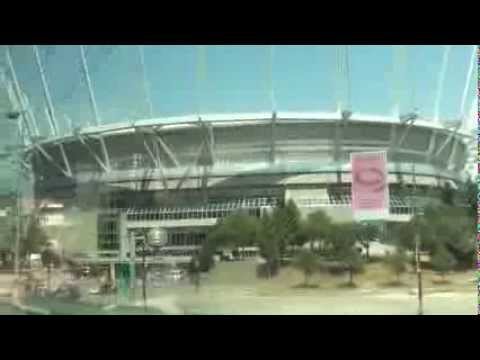 The city, the olympic village condominiums, World’s Fare Building, Vancouver public library where the move “I Robot” was filmed, Old Vancouver Courthouse where they filmed the movie “Night in the Museum,” Yaletown condos in Vancouver, Underground mall system in Vancouver, Hudson’s Bay Building: the oldest company in North America, See the Canada Line Automated Transit line that was completed for 2010 Winter Olympics; now transporting travelers from Vancouver airport to the city; Fraser River that houses prehistoric White Sturgeon fish (fish not shown in the video); Canada Place Port where the cruise ships are docked. Traffic lights in Vancouver and their pedestrians’ right of way in British Columbia; How many Starbucks are in Vancouver: 210. The gasoline price in Vancouver per liter (litre) and the equivalent is more than $5.5; Vancouver Convention center at the Vancouver Place Port and the Waterfront Fairmont Hotel. The one and only bull in Vancouver. The view of ocean and the islands. This is what you see from your transportation ticket bought from the airport to the cruise vacation for Princess cruises. Video by BeautyHealthTravel Channel.